This was a guest submission from Mellany Mingtingler. Thank you Mellany for sending in this breaking news. If you have a breaking new story you would like to have published (it has to be good and will be ruthlessly edited until you barely recognize it), please send your submission to [email protected]

Candidates were thrilled to see a record-breaking number of politically inactive students fill up the city room at lunch yesterday despite no promise of food. King’s held the first of potentially two debates in the city room during lunch today. There was a stifling atmosphere of tension hanging over the heads of students as they realized only after being seated that lunch would not be provided, a common method of vote procurement from the past.

Candidates have been widely criticized for their lack of bribes to the voters. Past candidates were in a race to outspend each other with larger and more outlandish gifts. Campaign events from years prior often included pizza on the lower end, all the way up to brand new I-Phones. These candidate’s giving strategies range from nothing to pink cowboy hats destined for the landfill.

The debate was also met with widespread disinterest after the moderators, after a sustained pause of silence and shuffling papers,began shouting questions from the popular children’s game: Radica’s 20 Questions. Upon receiving the question “is it an animal, vegetable, or mineral?” Chad Bowman and Davy Windchill gave quick and forgettable responses before Nancy Sloth was cut off by the moderators and the next question was asked. The students interviewed by The Imperial Tribunal as they left the event were largely uninspired and hungry.

Donald Bungermon, a sophomore in Churchill, felt the event was largely overrated, “I expected this event to inspire real change in our community. When I read the platforms about increased volume of emails and greater availability of feedback forms, something deep inside of me came to life. I wanted to fight for that change. I had never been more motivated about anything. But now, I didn’t even receive a snack at this event, and I am done.”

Experts agree that for a candidate to win the TKC SBP race, they must be wealthy and largely maternal, willing to give large sums of care and coddling to their voters to stand any chance. Past SBPs like Brent Buterbaugh and Colin Phillips demonstrated the maternal strategy was the key to their success.

King’s Announces All Student Housing Will Be Moved Into The Metaverse, Student Rent Set to Increase 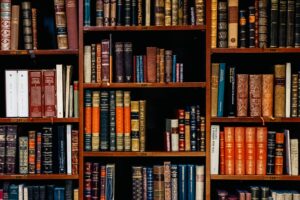